BMO strengthens its research capabilities with a central research repository

Founded in 1817, Bank of Montreal - or short BMO - is Canada’s oldest bank serving over 12 million customers in North America and around the world. Beyond its award-winning financial services, BMO has received a lot of recognition for its ethical business practices and commitment to sustainability. The 7-person Design Research team works along all digital products across consumer and business lines of business at BMO.
Ayesha Umme-Jihad
Senior Design Researcher at BMO Digital
Maryam Zaidi
Design Researcher at BMO Digital
Users on Condens
52
Research hours transcribed
313
Projects on Condens
129

The initiative - Reasons for a research repository

Every researcher at BMO works with multiple product teams to support them with research insights. Although technically the research team isn’t decentralized, each researcher spends a lot of time with the respective product team and has developed a unique process to conduct research. “There were various tools like Word, Excel and PowerPoint in use and we all had our unique way of how we used them,” Ayesha says and then continues: “The plan was to document everything in a Sharepoint folder once a study was complete but that might have been forgotten during busy times.”

So, while “No researcher was drastically unhappy with their process,” as Ayesha recalls, they realized the drawbacks of this approach. These drawbacks affected the team as a whole and can be summarized in two issues:

1) Small insights and connections get lost

The team struggled to connect data and insights across projects. A piece of evidence that is not directly relevant for the current study might be extremely valuable in the future. But such connections across studies were hard to make due to the boundaries of isolated files and various software tools. It was even more difficult to link the work of multiple researchers. “Since we work independently I didn’t know a lot about the studies my colleagues conducted,” Ayesha states. That amounted to a lot of unused potential, as gathered data would be used for only one study and hardly be looked at again.

Regularly people - often someone from management - would come to the research team and ask questions like “What are our mobile banking customer’s most relevant pain points?”. While this information was available in theory, it was spread in various files or folders and there was no consistent way of documentation. So someone would need to first find all the relevant work (typically by asking around) and then look through each document individually to get the answer.

Based on this realization they defined a goal: As a research team, they need one base to work from.

Ayesha went on to set up a manifesto putting down the reasons for and goals of a repository in writing. This manifesto both helped to align the team and served as a basis to derive the requirements of their future repository. At the same time, her manager initiated the approval processes in particular for data security assessments and legal contracts.

After some initial research, the team saw two possible paths: “We considered either going with a dedicated research tool or an enhanced spreadsheet solution,” Ayesha explains. While an enhanced spreadsheet was closer to the way they were used to work, it wouldn’t cover the entire process of a research project and they’d need other tools to complement it. “It also would be a more manual process to track data across projects and portfolios compared to a dedicated tool where this functionality was already built-in,” Ayesha adds.

Ayesha went on to compare several research repository tools and the team eventually decided to go with Condens for the following reasons:

The implementation - Setting it up

Some time and a set of security assessments later the team was ready to get started with Condens. But the task of setting up a repository had only begun. “We were aware that it requires effort and thinking in the beginning to build a repository,” says Maryam, who was in charge of the implementation.

Their plan of getting the repository into full use involved a stepwise rollout process. Initially, they focused on making the tool work for researchers and ensuring everyone was comfortable to enter data, synthesize and share findings with stakeholders.

“The prime goal was making the repository work for researchers first. Only then we brought stakeholders on.”

In particular, they focused on the following two tasks to build the repository.

Since BMO’s prime goals were to both capture small pieces of evidence and answer bigger picture questions, they needed a proper way to categorize data. “In Condens, we label research evidence with tags and we knew that a coherent tag structure - also called taxonomy - was important,” Maryam explains.

Maryam defined the goals of taxonomy upfront and developed an initial version from there. Next, the team brought some actual research data to Condens to see how the tag structure would work. This reality check helped to find inconsistencies and opportunities for improvement. In addition, they developed a set of guidelines, defining how tags are used to ensure consistency across the work of multiple researchers.

Example of a tag structure. Read more about building a taxonomy in this article.

The second task was bringing in past research which was stored in Sharepoint and other tools. “We selected some key studies to be migrated because these contain findings we’d likely go back to in the future,” Maryam states. They decided to bring all raw data of the chosen studies, not only the results because this would allow them to categorize data on a more granular level.

Building the taxonomy and migrating data happened over the range of a few weeks. At the same time, the team started to use Condens for new research projects such that the data was available in their repository.

The results - What has changed

Seven months after the introduction of Condens Ayesha and Maryam reflect on the impact their central research base had. And they found that there are positive effects on three dimensions.

Read about all the benefits a repository can have in our article on What a UX Research Repository can do for you.

Time savings for researchers due to consolidated tools

A researcher at BMO supports 13 different product teams or more, thus they are very careful about their workload. Maryam says: “It was our #1 concern that the repository is not another task on a researcher’s plate. It’s for the researchers primarily.”

Condens replaced the previously used tools including paper and pen, Word, Excel, Powerpoint and Sharepoint thereby reducing the effort of switching between such tools. From creating the research plan to sharing the findings there is just one place to document and analyze data. This turned out to be a major time saver for each member of the team.

Their central research base also facilitates teamwork with stakeholders. Instead of sending files like research plans back and forth via email, everyone on the team opens the documents on their browser to add comments or feedback in context. This fosters both live and asynchronous collaboration with stakeholders and keeps everyone informed during the entire project.

“You can access one link and do everything within there”
Documents in Condens update live for real-time collaboration. In-line comments allow for asynchronous communication.

With their central repository where each researcher goes to do their work, they have more visibility into the work of others as all projects and data are accessible to the entire team. ”Condens gives us an overarching picture of which product teams we do research for, the methods we are using and where we are going as a team,” Ayesha summarizes.

With the help of the taxonomy, they systematically categorize evidence and thus can make connections across studies and across the work of different researchers. So for the first time, their research data is integrated. Each new study not only provides insights for questions at hand but also contributes to the base of evidence the team benefits from in the long term.

“Now, when someone comes to us with a question the answers are at our fingertips.”

According to Ayesha, this integration of their work even resulted in a new sense of team spirit. Watch her describe it in her own words in the clip below. 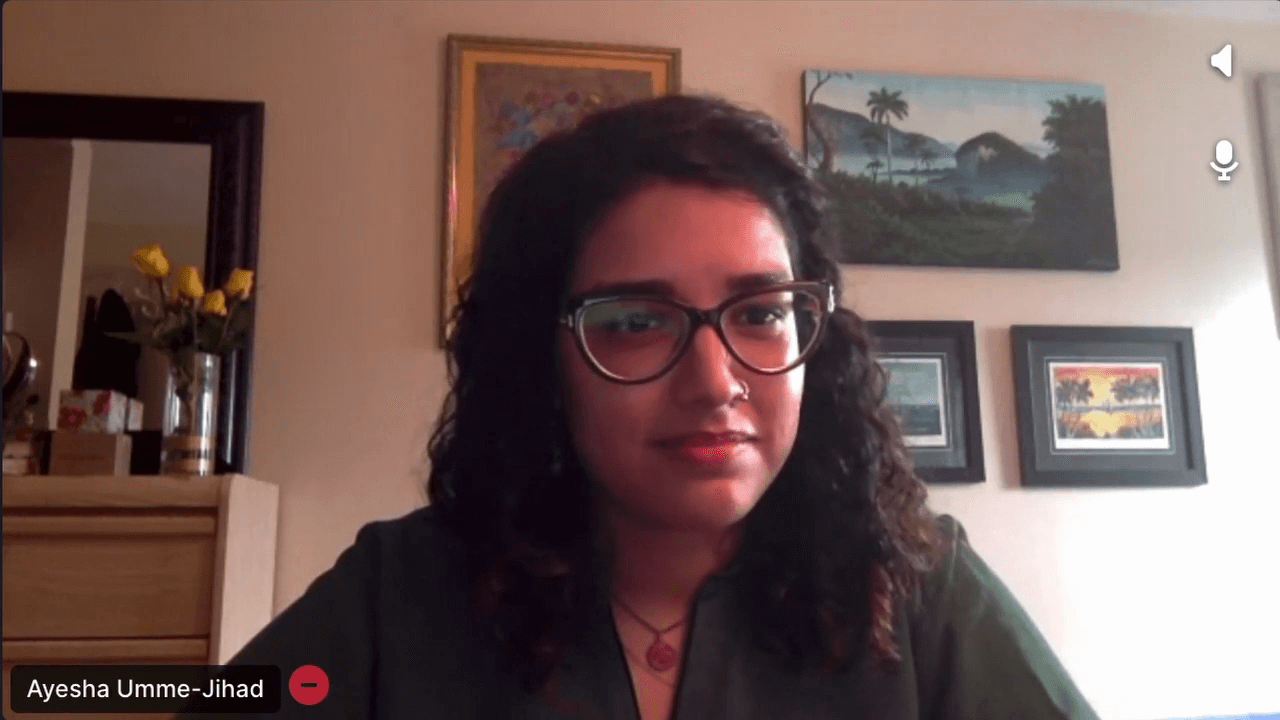